When your readers are confused… 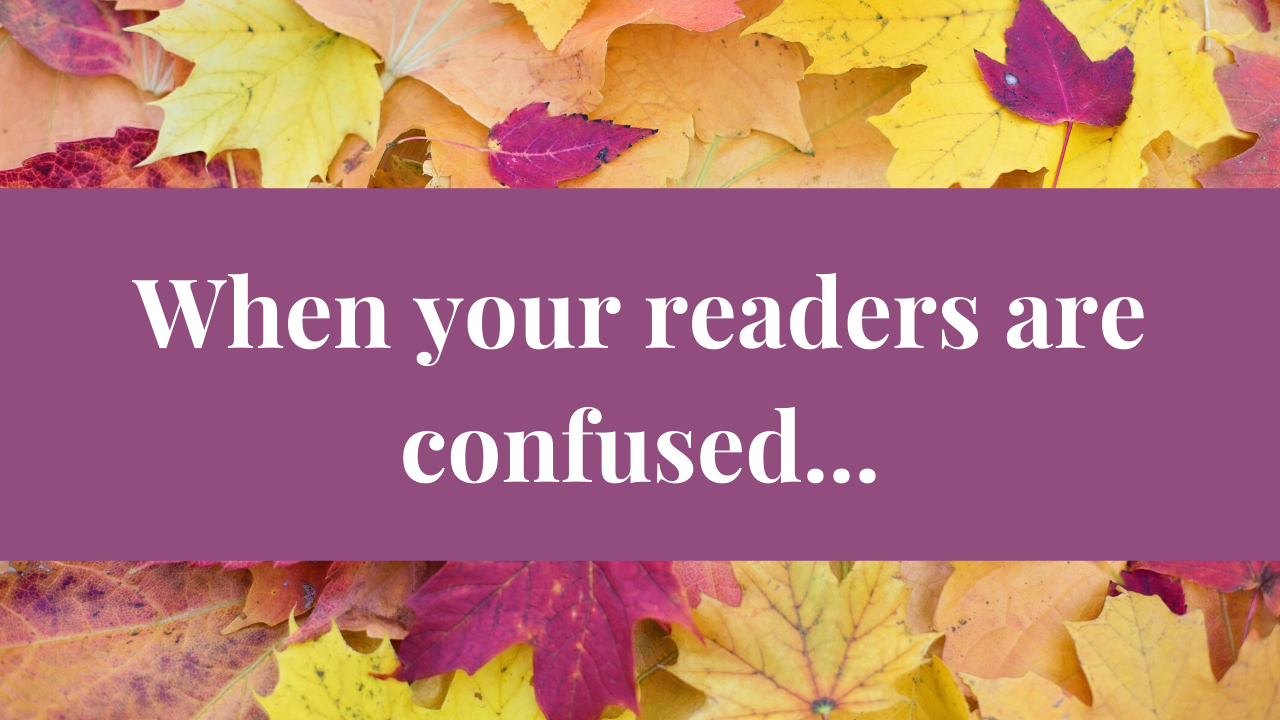 Dance a unique dance between withholding and revealing, subtlety and clarity, showing and telling.

This article is for you if you’ve ever got feedback on your work using terms like ‘This wasn’t clear’ ‘I was confused’ ‘I was lost’ ‘why did x character do this?’ or simply basic questions about what was happening in your story.

If you get this kind of feedback it can be frustrating.

You thought you’d done such a good job of not using clunky exposition or ‘telling’.

You thought you could rely on a reader enjoying putting the pieces together.

You thought you were creating intrigue.

Skillful use of withholding, you thought.

You were trusting your reader, respecting them.

I hear you. It is so frustrating to get this kind of feedback.

So what could be going on? Here are some questions to ask of your work: 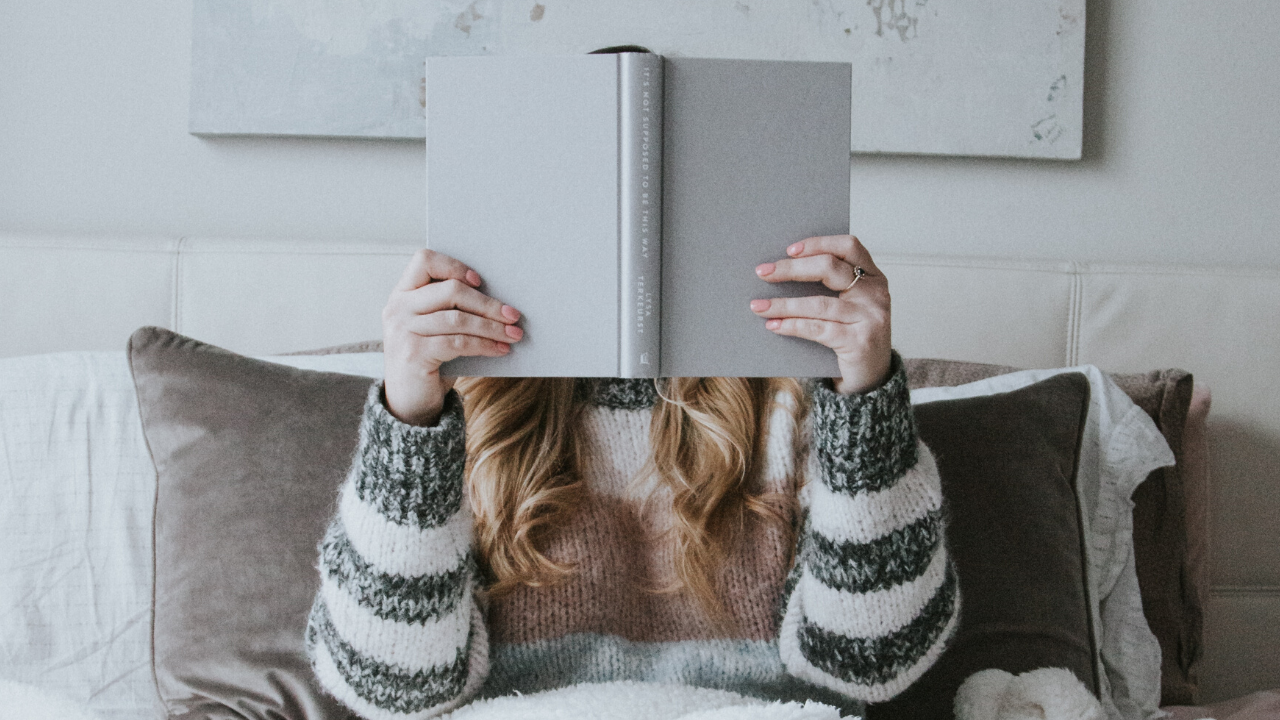 Photo by David Lezcano on Unsplash

If your readers are confused, ask these questions when you revise:

1. Are you withholding too much information in order to have a big reveal or create intrigue?

This is about managing setups and payoffs.

You don’t want too many of these set-ups thrown up in the air at once. That panics the reader and leaves them feeling overwhelmed and confused.

Neither do you want too many payoffs landing at once. That can feel like an infodump or leave the reader without time to absorb them or catch them in a satisfying way.

I want to encourage you to be intentional about what you choose to withhold and reveal; which balls to keep in the air, for how long, and when and how to land them so that your reader doesn’t give up.

Don’t simply suspend all those questions up in the air for so long the reader walks away rather than trying to juggle them…they may even start to wonder whether they are ever going to obey the law of gravity and fall into their hands. Or maybe the ball wasn’t meant for them after all?

Decide how many balls a reader in your genre is likely to enjoy juggling.

If you write mysteries for adults, this will be different from if you write high fantasy for kids.

This is about being intentional with how you withhold and reveal information and insight to the reader.

Whittle down the elements of your scenario that you want to be clear on early in the text, which later, and which you want the reader to continue wrestling with beyond the end of the story.

Perhaps begin by identifying what you think might be a major payoff if you want to have a twist ending or ‘big reveal’. You don’t need to have a big reveal, but if you do, be intentional about it.

Don’t distract your reader for the sake of intrigue

I have a tendency to want to delay gratification in my readers, but this is often damaging to my story because the reader needs to understand the situation in which my characters are placed and to be focused only on grappling with the mysteries or profundities or lessons that are the ultimate ‘payoff’ to the story.

For example, I don’t want my reader to be still trying to work out if my protagonist is a siren when I want them to be focused on the same interpretive difficulty she faces, which is deciding whether she is acting in a self-sabotaging way or in line with what she really wants.

Use point of view to serve your story

I also need to make an intentional choice about how much the reader knows or suspects about the motivations of the other main character, and when they know it.

I could choose to have the reader know more than the protagonist, creating tension through dramatic irony. The reader could know the motivations of an antagonist, his plan, while the protagonist does not.

This would not necessarily reduce tension, but potentially increase it. We dread what we know is going to happen, like watching someone walk into a trap and not being able to help them. That is compelling.

An example of a big reveal that doesn’t happen in the final resolution.

For an example of a book which withholds and reveals information masterfully, think about Gone Girl, by Gillian Flynn [spoiler alert].

These two storytellers compete against each other for the reader’s trust. The diaries undermine what Nick tells us. And even if we still tend to side with Nick, the diaries show us why he appears to be the prime suspect.

We see the power of those diaries to make him seem suspicious. If the book had begun with Amy’s first-person narration of what is really going on, which we get only after we understand quite why Nick is in such hot water with the authorities, we wouldn’t be nearly so concerned for him and his resignation at the ending would not seem so inevitable and inescapable. 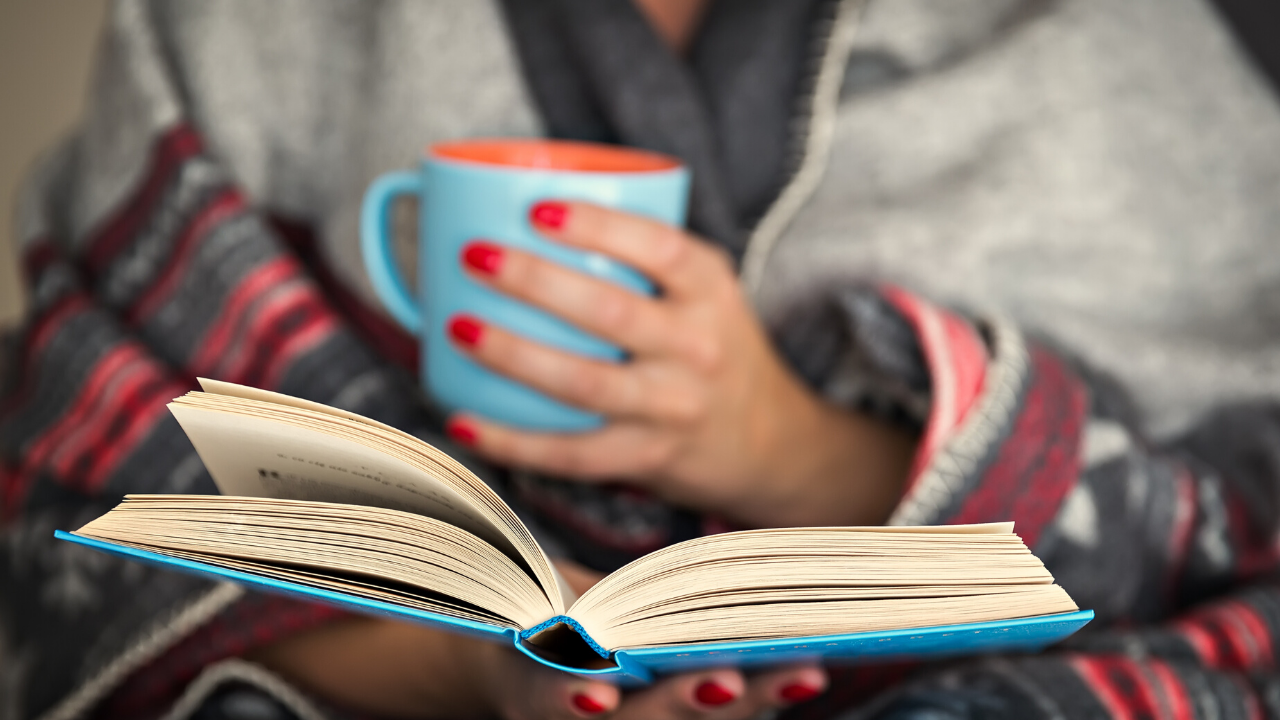 2. Is your use of ‘showing’ too subtle, vague or ambiguous?

The advice to ‘show, not tell’ demands a form of communication which asks a reader to be active, and leaves more room for them to construct meaning themselves.

If you regularly find you have unintentionally confused your readers you may need to attend to the micro-setups on every page, the ones that exist in the space between the evocation of showing and the clarity of telling, between the hints about what is happening or how a character feels and the reader’s confidence in their intuitions about those hints.

What does ‘show, don’t tell’ mean?

There are so many different explanations of ‘show, don’t tell’. This is how I define it, and I’m afraid it involves another extended metaphor:

When we show a reader something, we present them with the sensory material which they create meaning and emotion out of. We give them x + y, and ask them to solve the equation.

As Lisa Cron explains, “‘telling’ tends to refer to conclusions drawn from information we aren’t privy to; ‘showing,’ to how the characters arrived at these conclusions in the first place.” (Wired for Story)

But “showing isn’t necessarily limited to external action or dialogue, or that which we can see or hear.” (Donald Maas, The Emotional Craft of Fiction, p. 12). As Lisa Cron explains, “‘show, don’t tell’ often means show us the character’s train of thought.” (Wired for Story).

This can be indicated by showing what memories and questions the character is bringing to the scenario:

“He could not understand where Voldemort had gone and expected him to swoop put of the darkness at any moment.”

Or it can be a further step removed:

“I could see his mind working through a wine-induced haze. His eyes went from the pup to me and back again, and a sickened look spread across his face. He shook his head.”

The body language gives us clues about both the thought process and the emotion.

“Something hot and wet was trickling down his chin and from his forehead.”

hot +wet+ trickling +they’ve just been in a fight = he is bleeding.

If what you are showing is something that is happening internally, this might be conveyed through adding up:

hot +wet+ trickling +they’ve just been in a fight+ the thought “He could not understand where Voldemort had gone and expected him to swoop put of the darkness at any moment”= terrified, confused, and brave.

It could also look like letting the reader into the memories and thought processes that add up to create a complex emotion:

Annie shook her head. ‘Sometimes I can’t face it.’ What kind of a person was she, that she didn’t visit her own baby’s grave?”

The elements of this ‘equation’ convey the complexity of grief; a combination of denial, pain, guilt, and shame (not to mention anger). But we add that up for ourselves, which helps us to feel like we are inside the character’s head.

“Showing isn’t necessarily limited to external action or dialogue, or that which we can see or hear.”

In contrast, when we tell a reader something, we present them with the answer, no algebra or juggling required. We simply place the ball directly into their hands.

There is a place for this, too, when you need to collapse time, to move characters around without needing to go into it in boring detail, and other times when brevity is appreciated by the reader. But telling can also be used to underline and ‘close the deal’ on what you have already evoked through showing.

This is especially useful when what you are attempting to convey is complex, technical, surprising, unfamiliar, strange, or unusual.  These are difficult equations to solve, which is why fantasy and sci-fi is infamous for problems with info-dumping. For a close reading of two fantasy authors, and how they dance between clarity and subtlety, showing and telling, read this article: What All Writers can learn from Fantasy Writers.

The path to clarity without clunky exposition is analogous to how we might teach a child addition or fractions. We show them physical objects to add up, ideally hooking them in with something they already understand. Then we use an analogy, “imagine if you had a piece of cake, and you wanted to share it with 4 friends’). Then we tell them the principle. We come at the concept in different ways until it sinks in. This layering process also adds nuance and complexity to the concept

As you read authors you admire, look out for these elements which help the text to drive home what is being shown, so that readers are not confused.

I analyse two writers as they weave these elements through their texts here.

Dance a unique dance between withholding and revealing, subtlety and clarity, showing and telling.

Again, different genres, different places on the commercial to literary spectrum, and different ability of your readers will all contribute to how you walk the line between subtlety and clarity.

Have you ever had readers respond to your writing with confusion? Or are you more often guilty of clunky exposition? How do you walk the line? What do you think are the expectations for your genre? 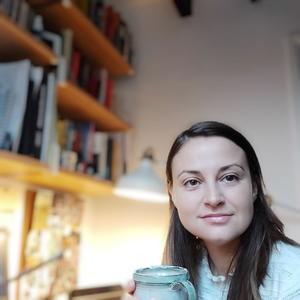 Hi! I'm George. I help novelists take their manuscripts beyond the first draft and experience the magic of Inspired Revision so that they can fulfil their potential as writers and storytellers.

Don't miss out! Sign up to be the first to know when my Brave Pitching Course is enrolling, to learn more about working with me and for my deep and meaningful letters about books and writing.

feedback without the freak out

feedback without the freakout

how to get a literary agent

how to write a query letter 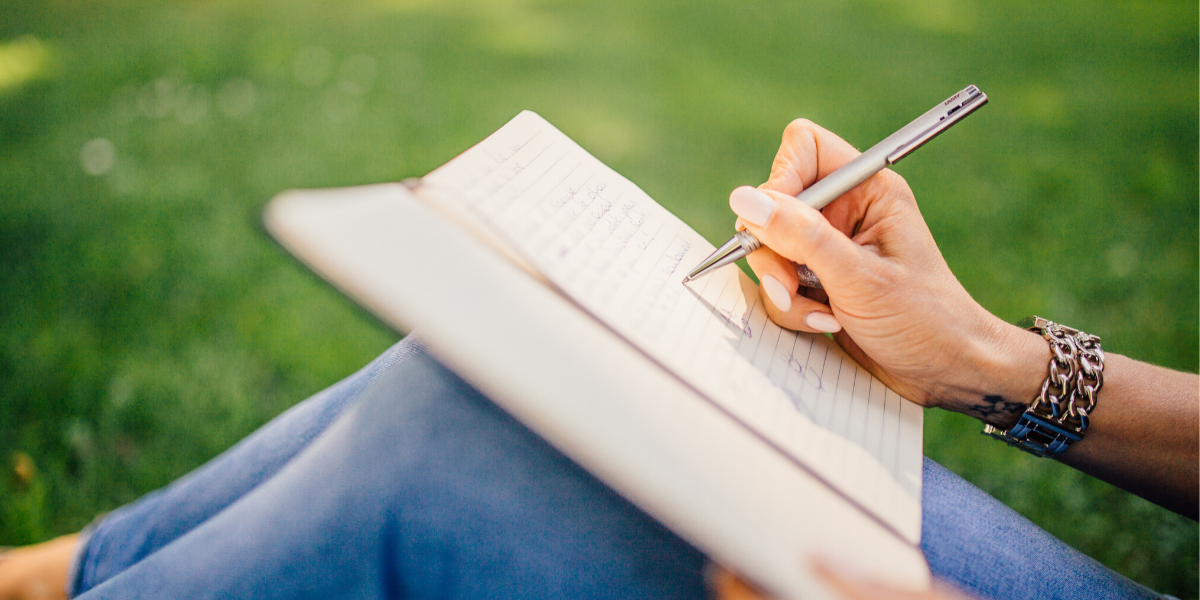